It’s 11:15pm and I’m still panting, having just got into my sleeping bag after hiking 10 miles to the VVR ferry. The last 3.5 hours felt like the Blair Witch Project, all I could see was UB’s feet ahead of me in my head lamp as we raced down over 2,000 feet to the bottom of Selden Pass. 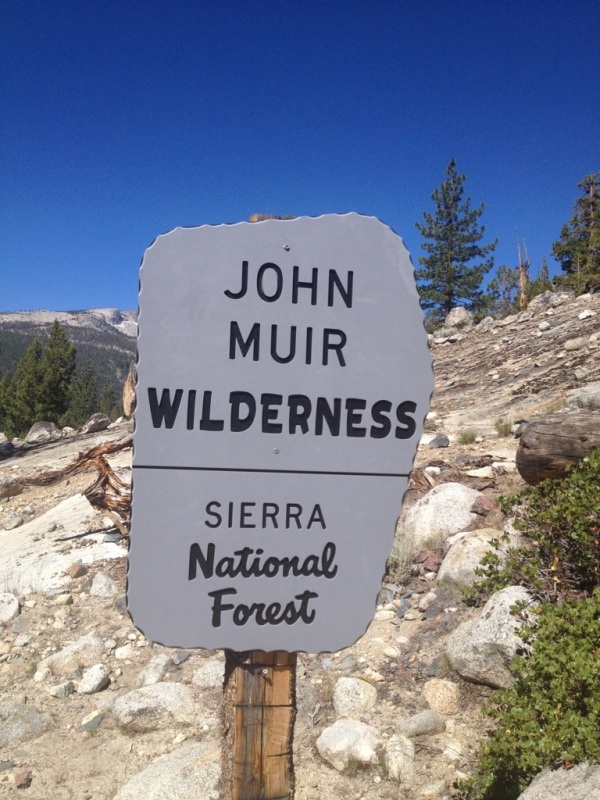 Today was probably our biggest mileage in the Sierras so far (over 25 miles) and it was probably our latest start too as we didn’t hit the trail until after 9:30am. I had the alarm set for 5am but we were right at the bottom of a valley so the sun didn’t hit the tent until late morning and I was just too cold and still not feeling well enough to get out of bed. I think UB felt the same. We finally got moving after Turtle and Willow caught up with us and were soon reminded that it was the 21st of June, not only the summer solstice, but also naked hiking day. 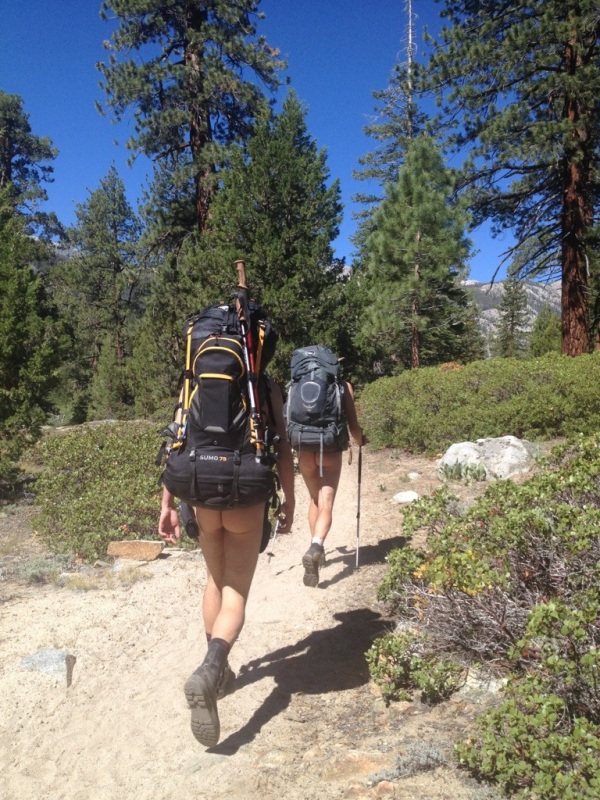 Until we came across two naked hikers I honestly thought the whole thing was a myth. Firstly, how can you hike naked with a heavy pack rubbing on your body, and two, it’s cold enough in the morning hiking with long sleeves on! I was proven wrong by two Swiss hikers who were butt naked bar their hiking boots and socks. 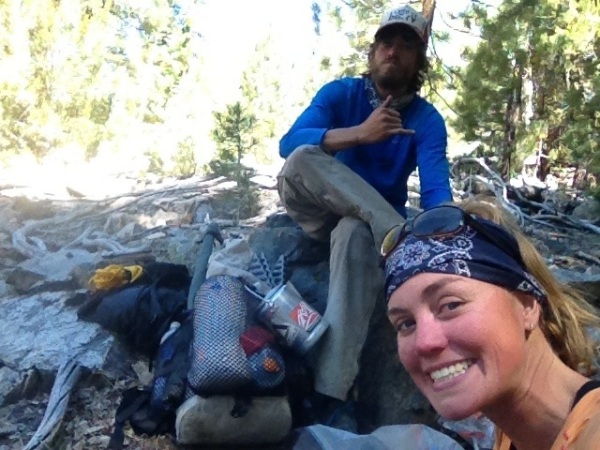 After the shock of seeing two nude dudes on the trail we took a break 5 miles down the trail, eating most of the food we had left as we plan to resupply out of the hiker box as much as possible at VVR, and wanted to lighten our packs as much as possible for the hike into there. Not a bad idea considering the big climb we encountered shortly after up the beginning of Selden Pass. It began with some very steep switch bags which we hiked up with some speed, but slowly evened out towards the top. The Muir Pass was my favourite but this one was definitely the most beautiful. 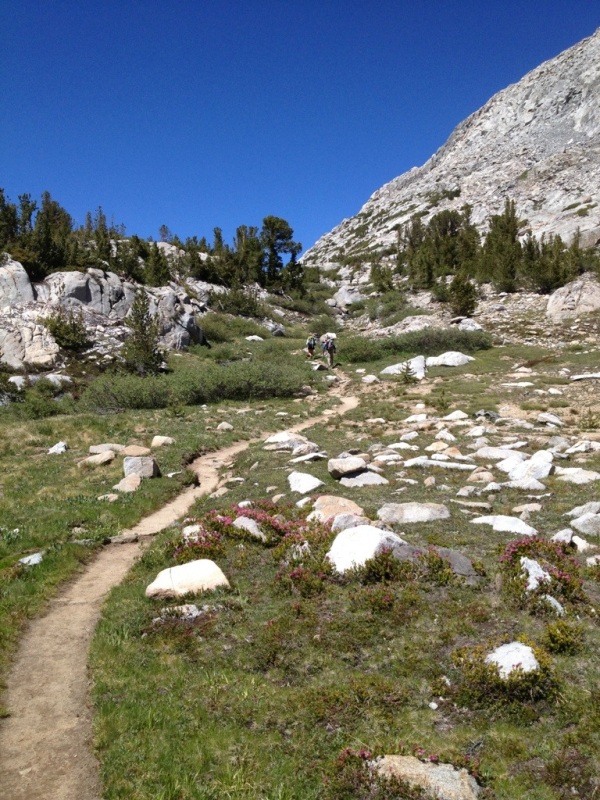 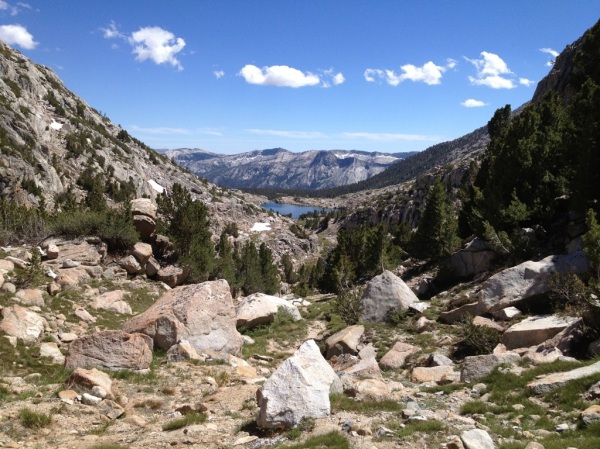 We came across a baby snake which UB was able to quickly grab for a photo much to my horror, and two sets of park rangers for the first time checking hiking permits. We also entered the world of mosquito swarms today, especially at the top of Selden Pass near the surrounding lakes. I almost got out the head net, but resisted and instead covered head to toe in deet! 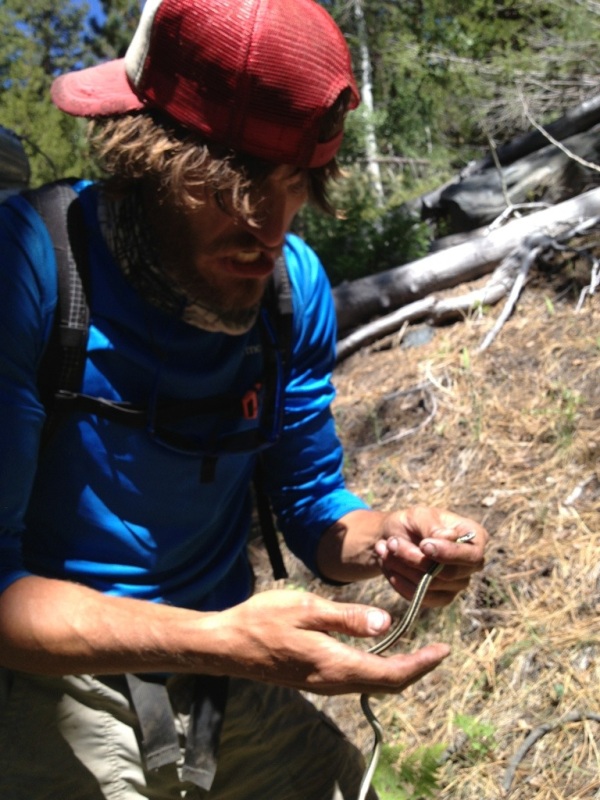 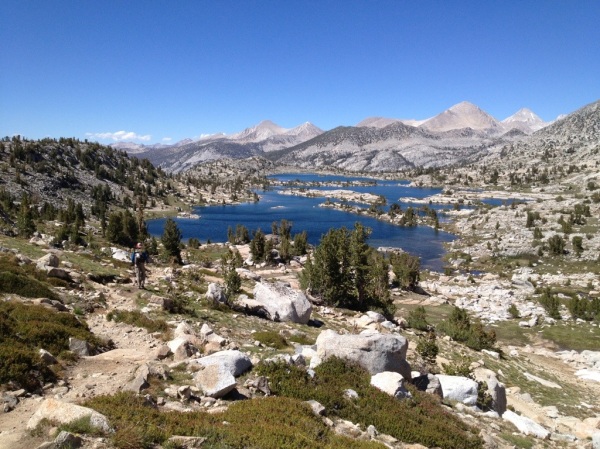 The hike down the other side of Selden was relatively easy going and we decided after crossing Bear Creek, which like Evolution Creek, is one of the biggest crossings, we would look for somewhere to camp. I tried to capture the ford of Bear Creek on video. Unfortunately you don’t see much of the actual creek, but hopefully the photo gives you a sense of the depth of the water. 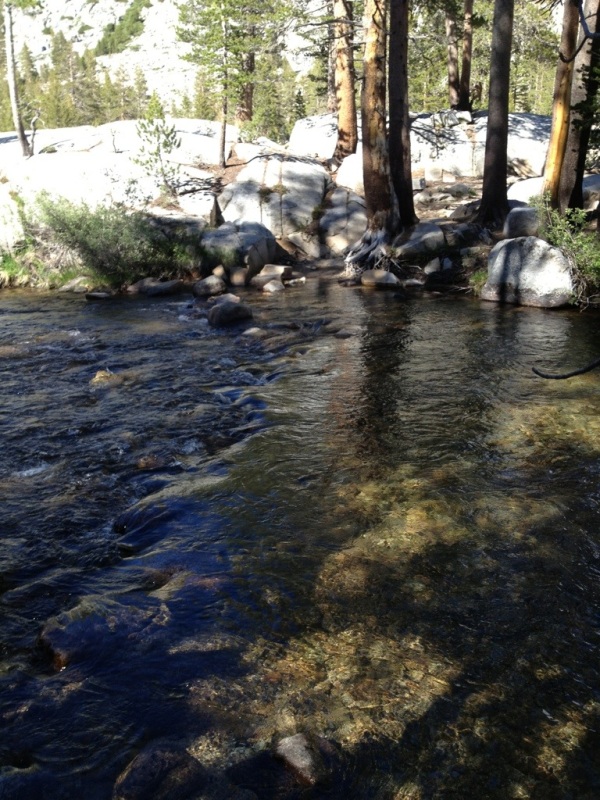 We found a really nice campsite about a mile further on, built a fire and started preparing dinner. We were joined by the two naked Swiss hikers who were fully clothed again by this stage of the day as the mosquitos were beginning to swarm again. After we’d eaten I decided to check Halfmile’s app to see how far we would have to hike to the VVR ferry. We were both expecting 7 miles at the most, but we both must have miscalculated because we actually still had 10 miles to go, with over 1,000 feet up and 2,000 feet down. UB and I looked at each other and realised we’d never make the 9am ferry if we left in the morning. This only left us with one choice, pack up camp and keep hiking. 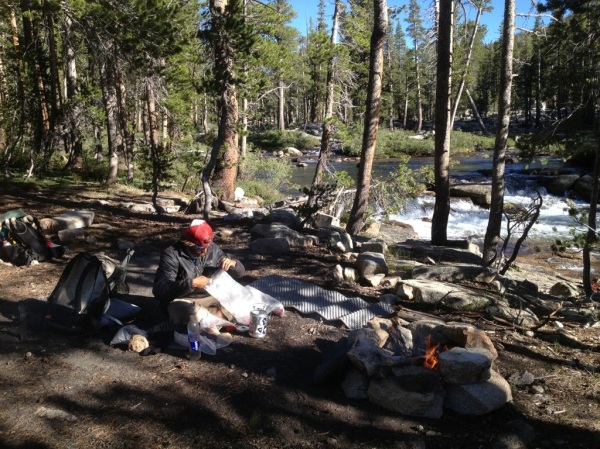 Despite hyperventilating on the 1,000 foot climb, we blasted through the trail, even when the sun went down completely and we only had the light of our head lamps. We originally planned to go to the trail head to the ferry, but after seeing the green eyes of a bobcat running towards us we were both amped and simply walked the additional 1.5 miles right to the waters edge. It’s now after midnight as I type this. If we wake early we may even decide to walk the 4.5 mile trail around the lake to the resort, otherwise we’ll fork out the $9 and take the ferry at 9am. 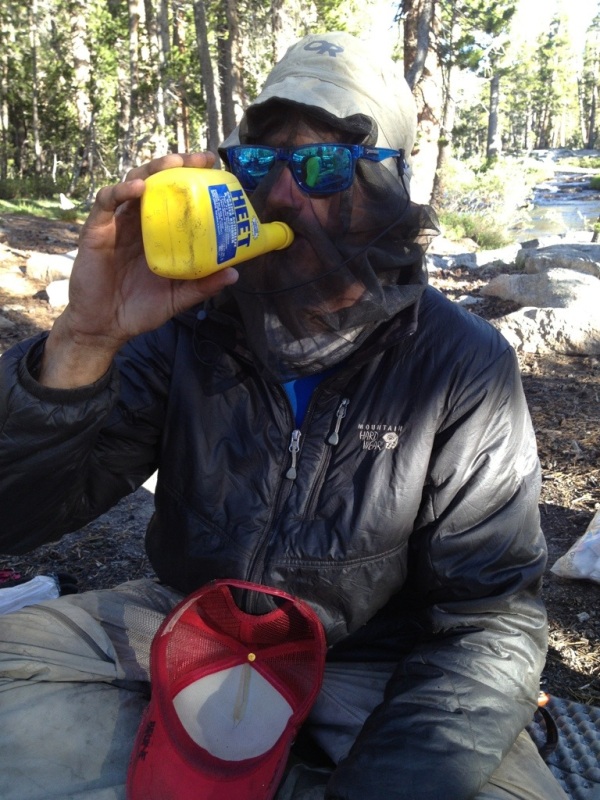