I’m lying on a big soft bed with a dozen pillows having just gobbled down a chocolate doughnut and a Big Mac meal… Muk Muk must be in town again!! The comfort is well deserved after the ‘mammoth’ effort I had to put in to arrive here before the rain. And boy has it been raining since I arrived. You couldn’t even see the mountains through the grey skies last night and I almost froze just walking outside to do my laundry. For the first time on the trail I timed the weather just right!! 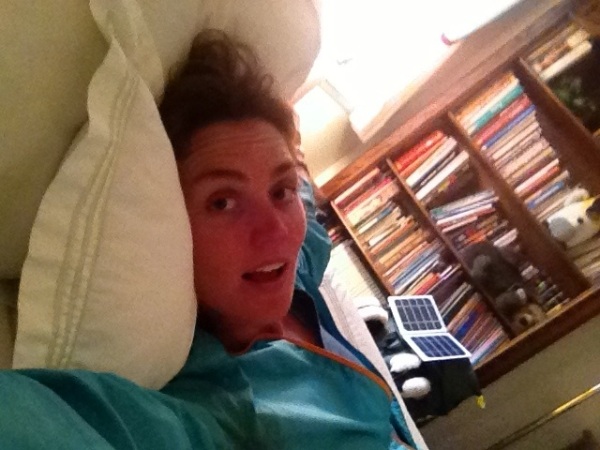 I hit the trail at 5:15am yesterday with hopes to catch the first shuttle into town at 7am from Red’s Meadows. Unfortunately I missed it by about 10 minutes, and during my hour long wait, I tried getting three separate rides including a garbage truck as a last resort. None of these attempts came through so I jumped on the 8am shuttle and was met by Megan from the Wilderness First Aid course I did in San Diego, at the ski lodge. I ran to her with open arms, clumsily tripping over my hiking pole as I did so. It was soooo good to see a none trail face, especially when she was holding a giant cup of coffee for me and had a warm car to jump into just as it started to rain! 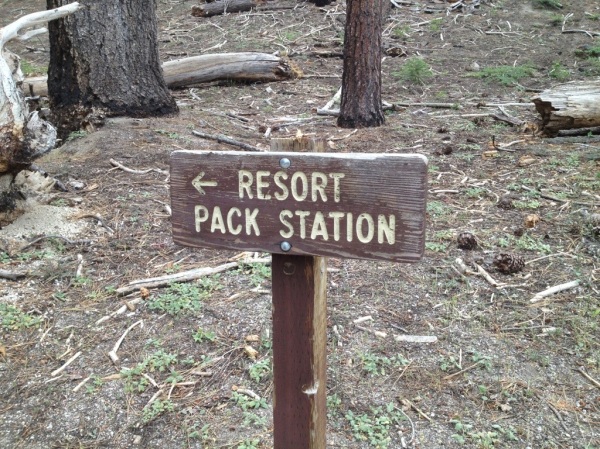 Megan took me on a tour of the town and then dropped me at the post office where I bumped into UB and picked up my resupply box and two care packages!! One from trail angel ‘Where’s Chris’ and Jaime, Dana and Candace. It felt like Christmas all over again! Chris had sent me coffee, drink mixes, socks and insoles; and my three Vancouver 2010 colleagues had sent me a host of treats including a clean town T-shirt, chocolate, face mask and bath soak, electrolytes and GU shots! I was absolutely blown away, thank you doesn’t even cut it!!! Unbelievable! 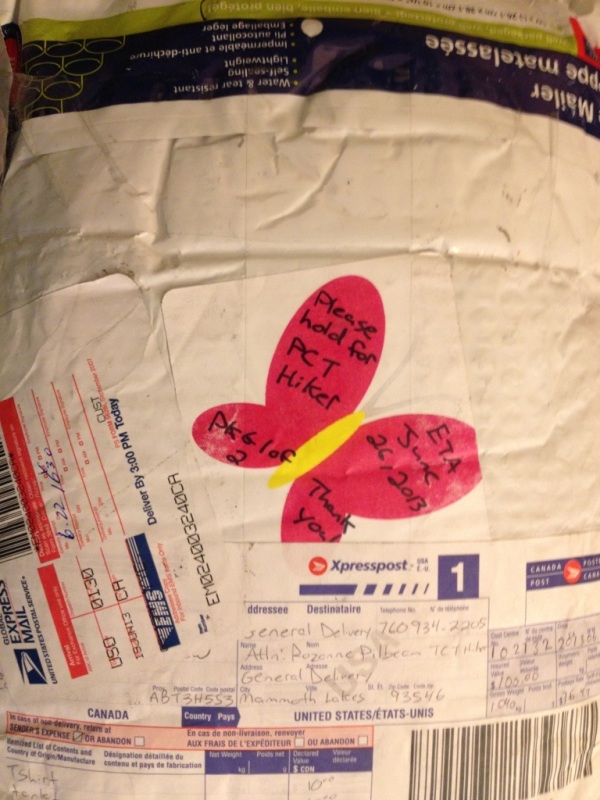 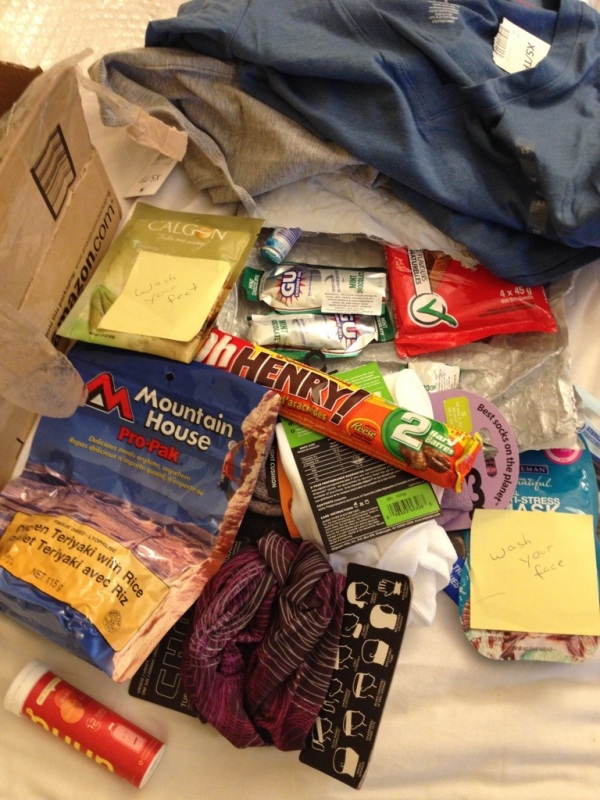 I showered, had coffee and ate McDonalds in that order, then put my feet up and later in the day did my laundry. I stayed at the Motel 6, but when I discovered my gear wouldn’t arrive until Wednesday I asked Megan if she wouldn’t mind if I stayed one night with her to save costs. Coincidently the weather will also clear by Wednesday which eases the itchy feeling in my feet! 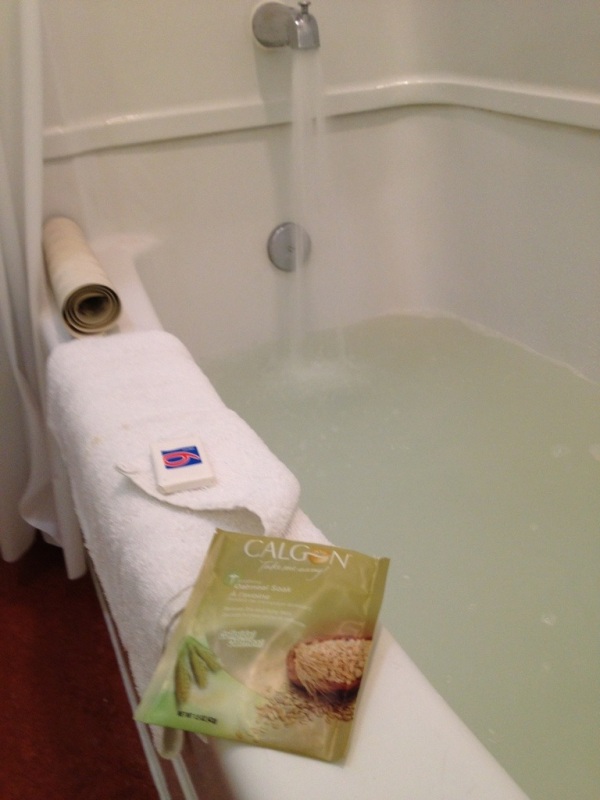 Today I began a full day of pampering with a bath in oatmeal soak, coffee and fruit at Megan’s, new gear purchases at the mountaineering store including ends for my hiking poles, and hair removal at Belladonna. Who says you HAVE to be hairy in the wilderness? Oh and just because you’re a thru hiker, it ain’t cool to tell a woman that she has a moustache (Pac Man!), don’t worry, it’s been taken care of thanks to my new best friend in Mammoth Lakes, Donna! 🙂

I came ‘home’ this afternoon to a big empty house after a shopping expedition at Vons for tortillas and chocolate which took me at least 30 stunned minutes in the biggest supermarket I’ve been in for two months!

It’s so bizarre to be in a house again, with a kitchen full of food and a bathroom full of nice smelling gels and soaps. After my Maccas and doughnut I wasn’t really hungry until I spied some leftover food left on a plate on the kitchen sink. I stared at a half eaten piece of chicken debating whether or not to let it go to waste. I ate it, sorry Megan, I’ve stooped to all sorts of lows during this trip! I also had two pieces of toast with jam… I’ve really missed toast during this trip!