Today was my favourite day of this section, mainly due to the commeradary between the group of hikers I’ve been leapfrogging the last few days, and because we reached the big 1000 mile milestone! I didn’t set my alarm because I’d got to camp so late last night and because I knew there would be huge mosquito swarms no matter what. I was surprised at how well I handled them this morning. I was all covered up with my head net on and had swarms buzzing and landing all over me as I calmly packed up my sleeping bag and got ready to break camp.

Moonshine and Leaky were both sitting in one tent and asked if I wanted to join them for some relief. Initially I refused the offer, then realised I could actually enjoy breakfast if I did. I had to run in circles and then dive under the mesh to get inside with the least amount of mozzies on me. I did pretty well considering we were squeezing three people into a one man tent. It was good fun sharing a pot of coffee and having the time to get to know them. I’m so impressed that they’re just out of high school doing the trail. They were impressed that I hadn’t really done any backpacking before.

It was hard to leave the sanctity of the tent but the day was getting on and I knew I had many miles ahead of me. It felt like the hottest day of the heat wave so far. I had to walk in long sleeves and my head net and was sweating and overheating like never before, but it was the only way to keep the mosquitos at bay.

Six miles down the trail I saw the stones that signified 1000 trail miles on the PCT. I shouted with joy even though I was on my own, and when I discovered this part of the trail was free of mosquitos, I decided to set up some trail magic and wait for some other hikers to come through. The trail magic consisted of a big bag of Reece’s Pieces and gummy bears I’d been carrying since Mammoth. The first hiker to roll through was Fuller. He was ecstatic to receive chocolate on arrival and have someone to take his picture. In return he offered me a shot of Crown Royal and took my picture. Moonshine and Leaky arrived next, followed by Sexy Legs, Verde, Delaware Dave and Skip. It was so much more enjoyable to celebrate the milestone with others! 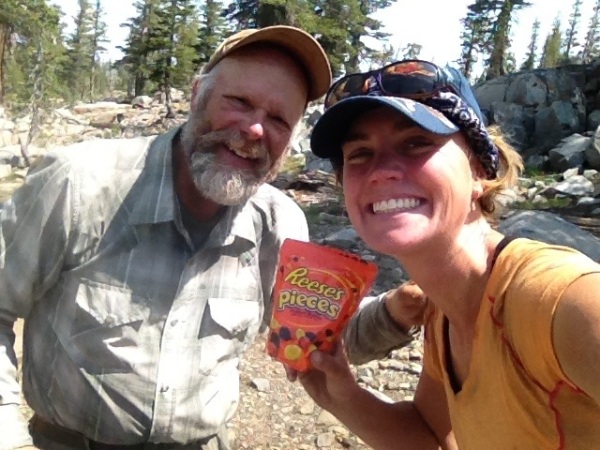 Less than half a mile along we crossed over a creek and everyone decided to stop and have lunch and continue the celebrations! I had a swim in the icy cold water which felt incredible. I’ve swum three times in the last three days because of the intense heat, and each time I’ve enjoyed hiking so much more afterwards. 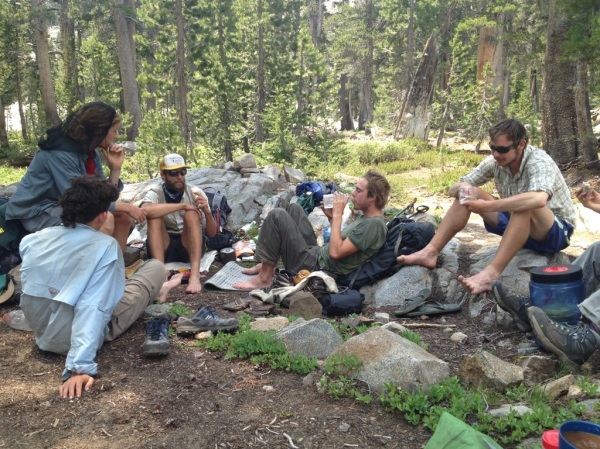 I carried on ahead of the pack after my swim but only made it three miles before I got so tired I had to stop and take a nap. I think it was a mixture of hunger and heat but I fell asleep almost straight away and only woke up when a couple of hikers walked past. When I did wake up it was a lot colder, and there were grey skies rolling in. I could see rain off in the distance and could hear the rumblings of thunder so I got my rain gear and pack cover ready for the onslaught while I made a cup of coffee to pep me up. 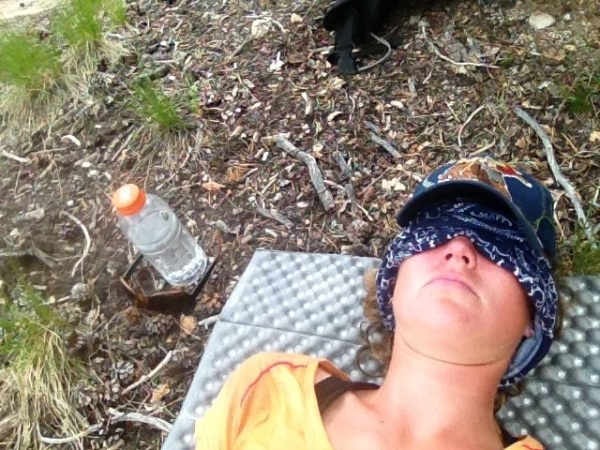 When it started raining the temperature dropped so much it felt wonderful, and although the trail turned into a river in some sections, I honestly wanted it to continue. I was a little nervous that it might make the mosquitos worse which was justified, however after using one of Twice’s magical deet wipes I was in the clear.

The last water source 10 miles before the Highway at Sonora Pass was at mile 1007. The entire group we’ve been leapfrogging with this section stopped to fill up and make dinner, and Fuller who was the first to arrive had already made a fire. It felt a bit like school camp again with everyone sharing stories and reminiscing over the last 1000 miles. We all shared bits and pieces of food, I gave away tea and parmesan cheese in return for some extra tuna and more deet. Some of the group decided to camp there, but I wanted to push on and get as close to Sonora Pass as possible. 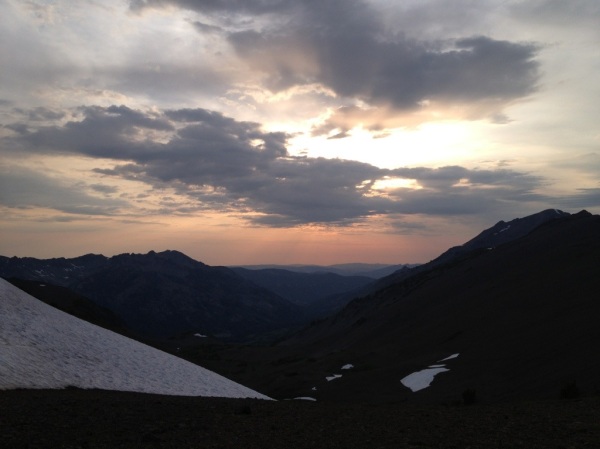 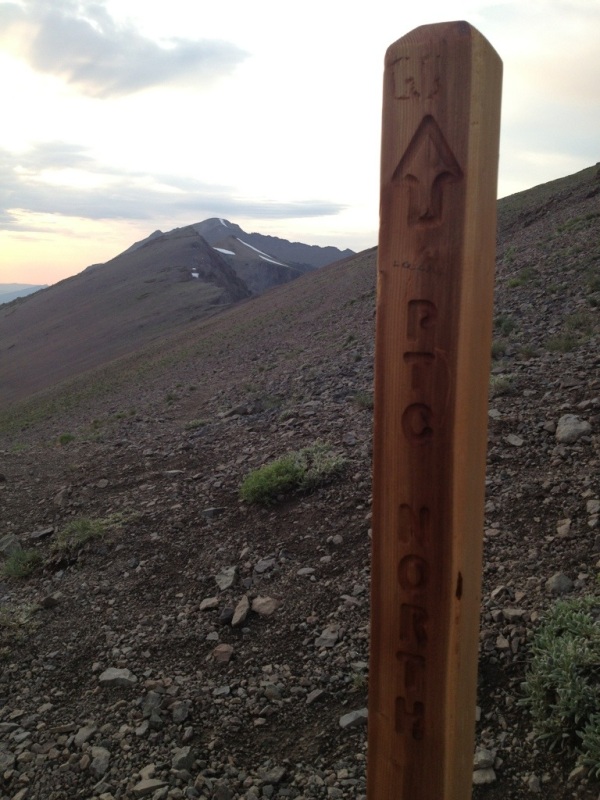 I’m camped at mile 1012, very close to the top of the pass and only 6 miles from the highway where we’re all hoping the rumours of ‘epic’ trail magic are true. The walk up the pass was my absolute favourite with well graded switch backs and stunning views on all sides. The mosquitos didn’t bother following me up here either which made the climb even more enjoyable. 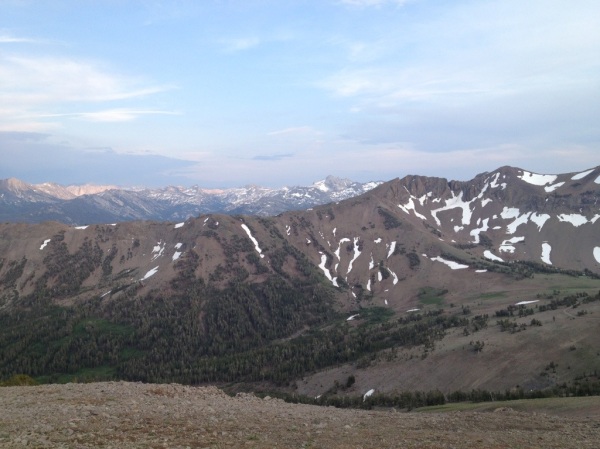 I’m camped close to Filthy and the dude whose name I don’t remember. They pitched tents because there were huge grey clouds above us which made me nervous at first but I can now see stars so hopefully the wind will push them away. It’s so much colder tonight which is a relief but I just hope the weather holds while we’re so close to the top of the pass!