Today was a very long 28 miles. I was awake throughout the night with back pain and the sound of aircrafts flying over. It rained on and off during the night and in the morning it was still pitter pattering on my tent.

I had Mountain House oatmeal for breakfast that I took from the hiker box and felt like I needed to vomit for the first full hour. I’m so tired of feeling nauseous on trail, I honestly can’t figure it out. I really don’t enjoy eating on trail, even my favourite foods like cookies don’t go down well out here anymore. I think my body is telling me it’s had enough. I left camp in a bit of a rush in the rain and only had 1/2 a litre of water for the next 10 miles. Oops! I got worried when the trail climbed and I started feeling ill. I felt like crying actually but managed to hold it together and started feeling better once the trail went down again.

After about 7 miles I bumped into Rafiki who I haven’t seen since Yosemite. She’s had some serious real world issues to deal with in the last few weeks and I was impressed she was still on trail. We had a good catch up as we headed to the Delate Creek waterfall. The sun finally peeped through the clouds so we dried our tents on the bridge and had a morning snack. Rafiki has lived in Alaska since 2008 and knows the dangers of hypothermia extremely well. I started getting nervous listening to her talk about the cold, but I honestly have about 3 times as many clothes as her. She laughed at how ridiculous my pack looks with a large majority of gear hanging on the outside. I think it’s becoming more crazy with wet clothes, broken hiking poles and items like gloves stuffed into my Frocs as additional pockets.

Just after we crossed Lemah Creek my foot got stuck under a hidden root on the trail and I face planted onto a very muddy section of the trail. I was pinned under my huge pack and was giggling so hard Rafiki had to hold onto my pack so I could even sit up. I soon discovered I’d also fallen in horse poop which was smeared all over my right leg… Jolly good!

The climb up the mountain was never ending but we chatted the whole way up which sped things along. After a quick snack we headed across the ridge and down the other side. I couldn’t believe when I checked my watch it was already 6:30pm. I had a pretty bad headache and was feeling tired after 12 hours on trail. We still had another 2.5 miles to Waptus River and arrived just as it got dark at 7:30pm. It started spitting with rain but it may have actually passed for now. Fingers crossed we get some more sun like this afternoon tomorrow! Goodnight from mile 2438. 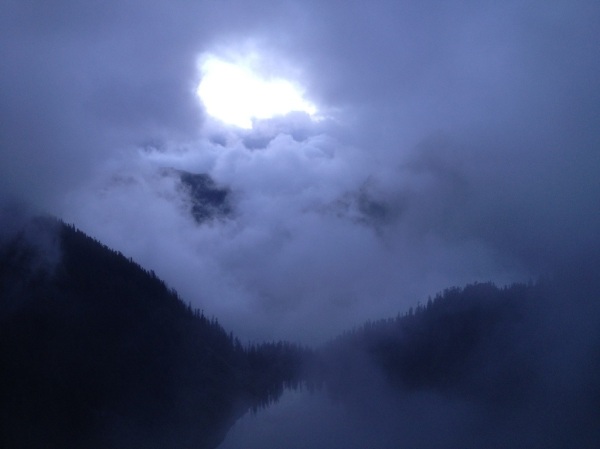 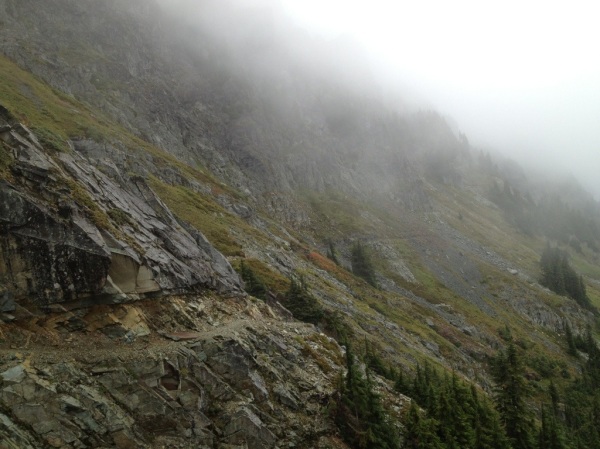 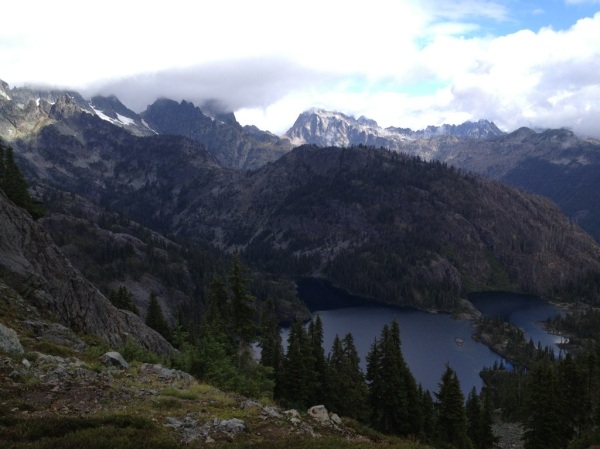 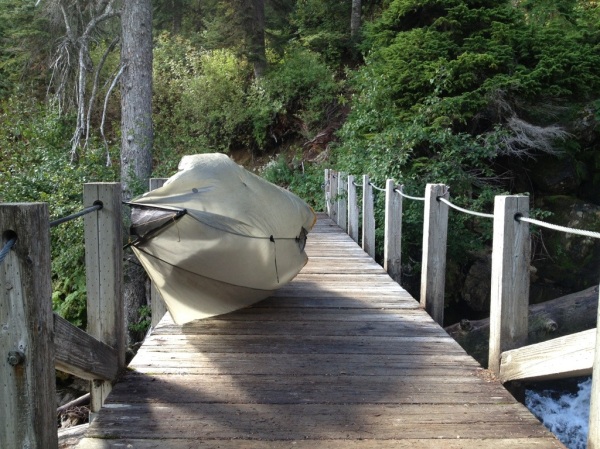 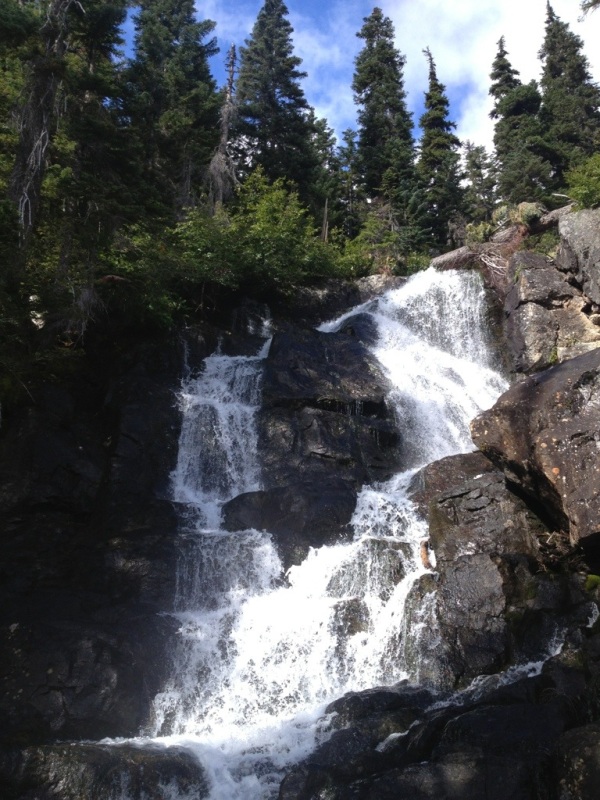 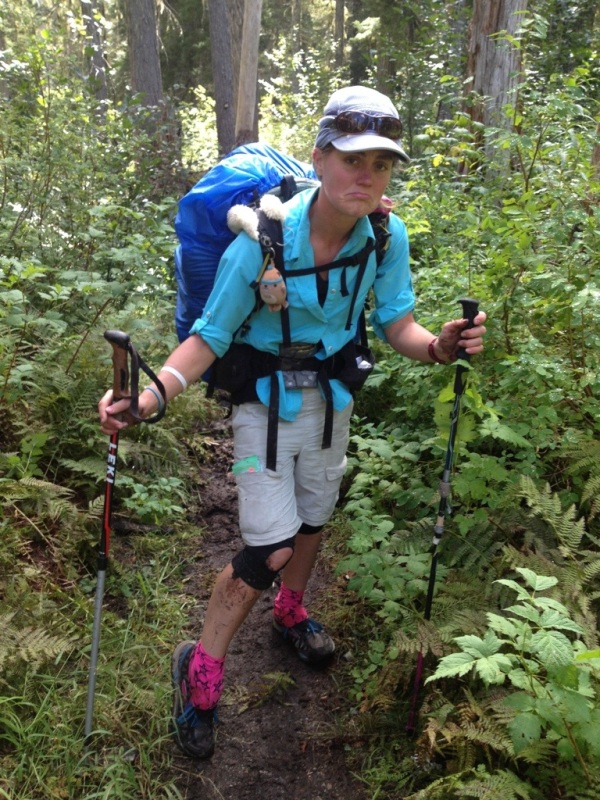 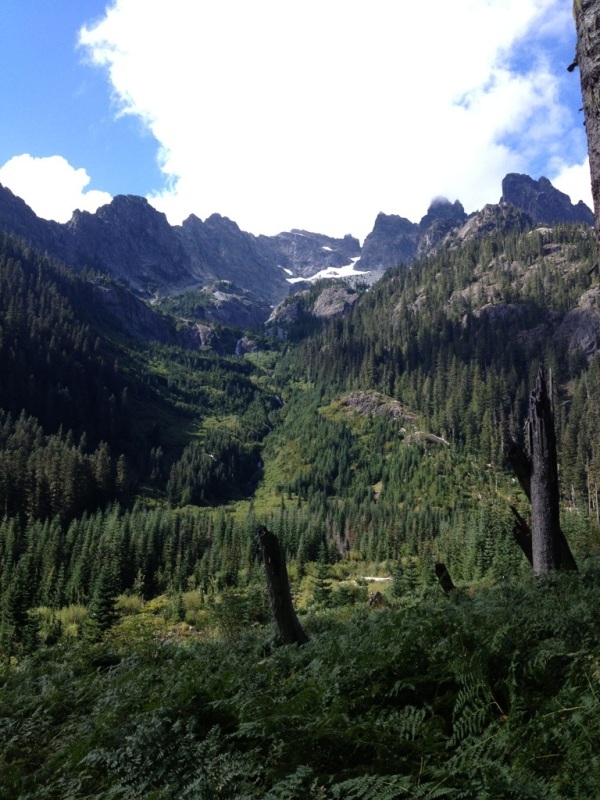